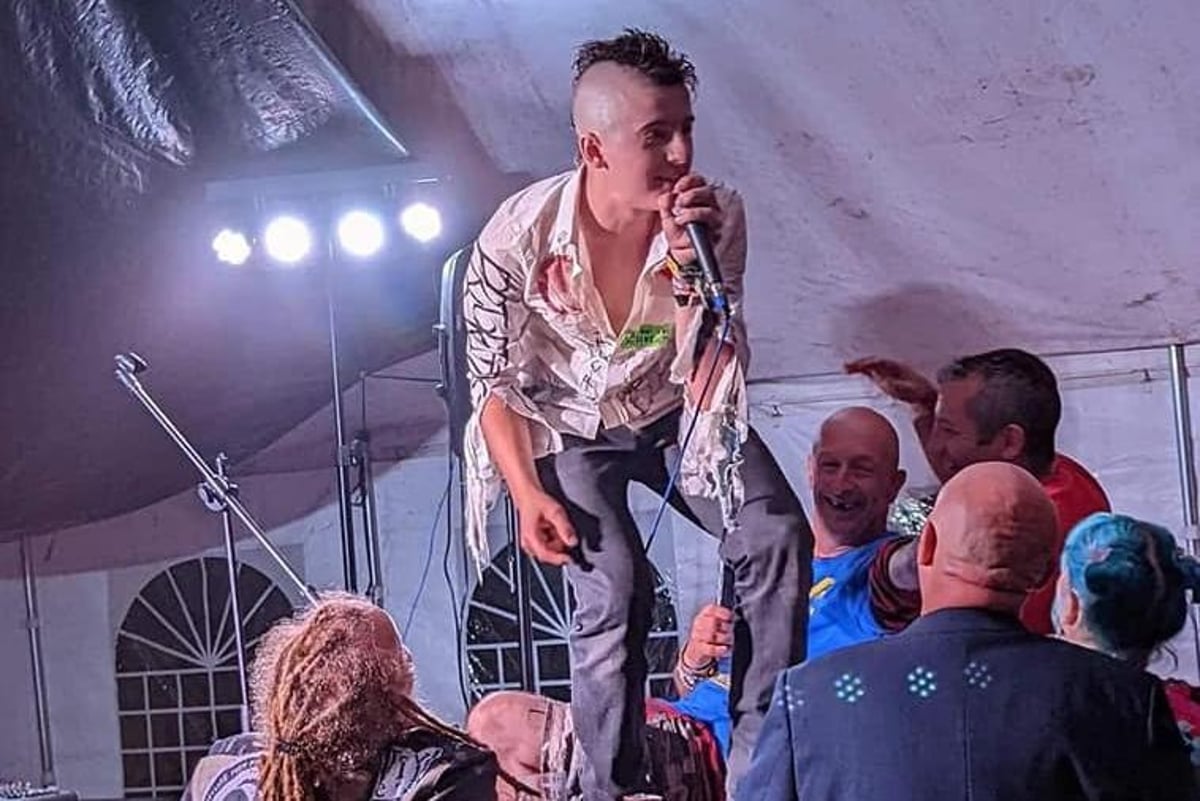 By Leonard S. Martinez Last updated Sep 24, 2022
Share
Dan Ottewell stood up on the table during his spirited performance.

Each September, the DH Lawrence Music Festival sees the streets of the city come alive with the sound of music as a dozen venues host local singers and songwriters.

For the past eight years, the free festival has been a staple on residents’ calendars, offering a chance to hear original live music and enjoy a day on the town.

This year’s event, on Saturday September 10, got off to a shaky start, but still thrilled visitors from start to finish.

After the death of Queen Elizabeth II two days earlier, it was difficult for venues to decide whether to take part in this year’s festival.

A few venues, including the Sun Inn and Greasley Castle, pulled out of the day, but with a bit of tweaking and juggling, the acts were rearranged and it was decided the show should go on.

Organizer Ben Mark Smith, a musician himself, said: “Despite the cancellations we had from a few venues and acts, it still went incredibly well.

“There was a huge new marquee stage outside the Old Wine Vaults, it was awesome.

Ben Mark Smith and The Balancing Acts in dogs and parrots.

“Almost all the sites were packed all day.”

Stages across the city offered a range of music for all tastes – from country to punk, folk to rap, and everything in between.

Live sets were played by over 90 artists in eight venues all day from 2 p.m. to 11 p.m., with completely free entry.

The dog and the parrot on Nottingham Road have had a very busy day.

Kelsey and the Embers also performed at the live music event.

The pub thanked its visitors on social media: “What an amazing DH Lawrence festival.

‘Thank you for coming out in record numbers to support us, and all the amazing artists, who absolutely made it.

“Thank you, as always, to our tired and sore staff who worked hard.”

Other locations that participated included the Tap and Growler, Oliver’s, The Old Wine Vaults, The Three Tuns, Darlings Café Bar, Pick and Davy and more.