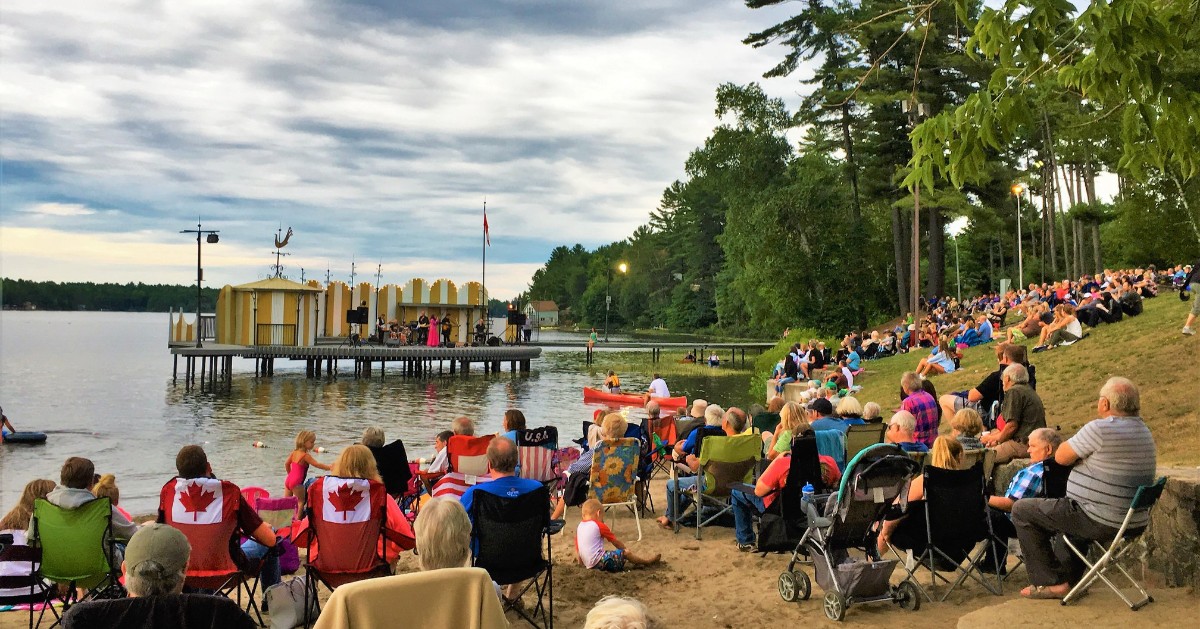 The Muskoka Music Festival returns to Gravenhurst after a two-year hiatus.

The festival’s artistic director, Miranda Mulholland, says it’s now in its sixth year, but two years of COVID-19 meant they were limited to pre-recorded shows at the local drive-in. Mulholland says the comeback is a breath of fresh air.

“We feel so good to be back. I think we’ve all missed being with our audience and our musicians, and I think vice versa,” Mulholland says. “So there’s a really good vibe here at Gravenhurst Wharf, and I’m really excited.”

This year, the festival takes place from August 19 to 21 in three different locations. Shows run all weekend at Muskoka Wharf, with a concert at the Gravenhurst Opera House on Saturday night, ending at Gull Lake Rotary Park Barge on Sunday night with the closer for this year’s Music on the Barge.

“[AHI is] actually quite big in the [United States], even though he’s Canadian and we haven’t quite figured it out yet,” Mulholland jokes. “But I feel like people are going to find out this weekend and fall in love.”

Lightfoot says she’s thrilled to finally play a local show, after moving to Haliburton during the pandemic.

“I’m really looking forward to performing at the opera. I heard it was a very legendary building,” says Lightfoot. “I’m also looking forward to the rest of the festival, the stage at the quay. Really, really excited to see some of these acts.

Although the festival originally booked folk-rock band Whitehorse as the headliner, a family emergency forced the musicians to cancel.

“We are saddened to disappoint our fans and friends at Gravenhurst and we do not take this lightly,” read a statement from Whitehorse. “We know everyone will be in good musical hands with Terra. We hope to play the festival for another year.

Lightfoot, who has toured coast to coast with Whitehorse, says she will be joined by a member of her biggest musical inspiration growing up, Blue Rodeo.

“They were one of the first bands to take me on a big tour of Canada, so it was really special to meet these guys,” says Lightfoot. “And now, Glenn [Milchem] from Blue Rodeo is actually playing drums with me on Saturday night at the opera, so it’s kind of a great looping moment.

According to Mulholland, there’s a lot more to offer since the festival was last held in person. The event takes place on the dock alongside the Dockside Festival of the Arts, which features artisans from around Muskoka.

“We kind of have a main base now, which is near the wharf in Gravenhurst,” says Mulholland. “We will have a group of fine craftsmen, a group of good music, food and beer. So we have a home base for the weekend, which we never had before. We were always running around.

Mulholland says admission is free for all concerts other than that of the operabut that donations are greatly appreciated.

To see the program and schedule, visit the Muskoka Music Festival website.

Pick blueberries in paradise at an annual festival