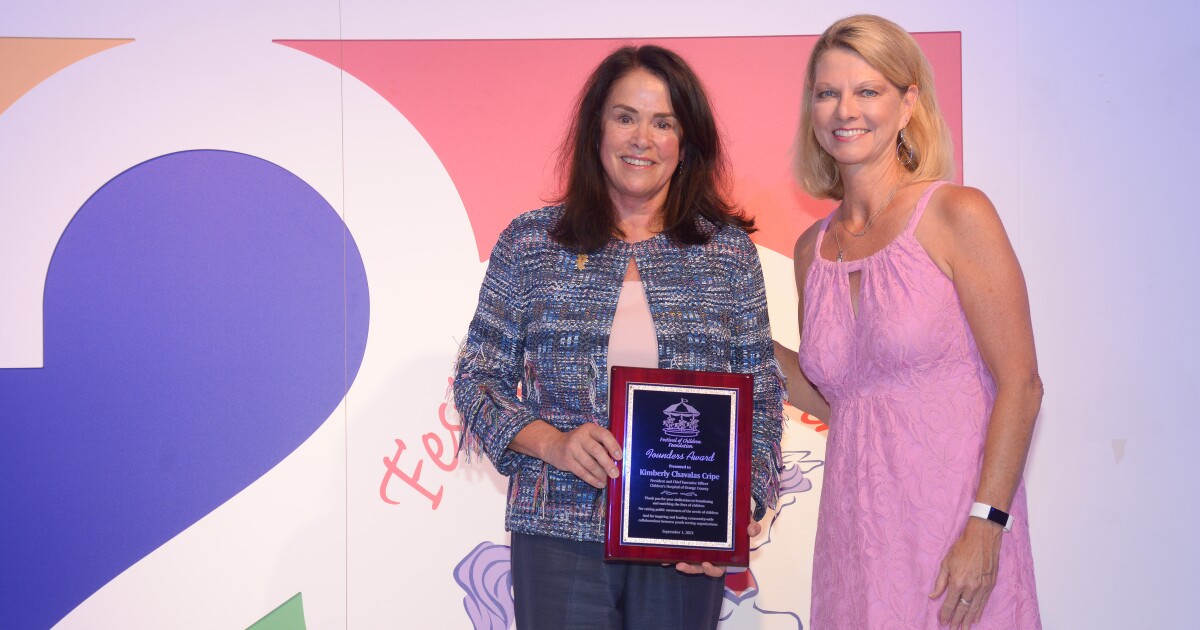 National Children’s Awareness Month recently ended as September turned into fall. It looks like we have names for each month; causes, tributes, movements, cultural changes. Sometimes the months have multiple names and the message gets lost in the clutter.

To the point, National Child Awareness is important. American children, arguably some of the luckiest alive on the planet, aren’t as lucky as we’d like to think. The statistics are alarming. Child poverty is at record levels, as is hunger, homelessness and, most seriously, child abuse.

In Orange County, the Children’s Festival, founded twenty years ago by Sandy Segerstrom Daniels, once again focused on the ever-present and expanding arenas of children’s needs here and now, in this one backyard. The Costa Mesa-based organization finds its mission by bringing together many local non-profit organizations dedicated to child protection for a series of month-long events and fundraisers, the benefits of which are shared and divided among the participants.

The launch event in September drew 300 community and nonprofit business leaders under the roof of Ancillary Studios, now in the former Sears Auto Center in South Coast Plaza.

At the event, the crowd was surrounded by fanciful â€œautomotive decorâ€ in homage to the building’s ancient function. A $ 10million Koenigsegg was wrapped in art created by avant-garde artist Jacques Jean.

â€œThere are so many amazing charities, individuals and businesses on the front line trying to meet every need and remove every barrier for our children,â€ said Segerstrom Daniels.

Child abuse in its most serious form has taken center stage at Vanguard University’s Waugh Student Center, presented by the Global Center for Women and Justice (GCWJ) headed by its director. Dr Sandra Morgan. Guest speaker and special guest Nicole Suydam, President and CEO of Goodwill Orange County, was on hand for the cause.

The eighth annual â€œPricelessâ€ luncheon, named in honor of protecting the world’s invaluable children, raised an impressive $ 200,000 for various services including legal, civic and educational programs aimed at promoting end to child trafficking.

â€œGCWJ Director Dr Sandra Morgan presented an impact report highlighting the centre’s diligent work during the COVID-19 pandemic and its continued commitment to end human trafficking. The GCWJ also launched an initiative focused on the prevention of human trafficking and the care of survivors which was inspired by Dr Morgan’s service on the presidential-appointed Federal Public-Private Partnership Advisory Council, â€offered Kristin scheitauer, publicist for the event.

â€œThe Global Center for Women and Justice has fought for 18 years for the dignity, justice and freedom of those who are exploited,â€ Morgan said. â€œHuman exploitation and trafficking is happening everywhere, even here in Orange County. “

The â€œPricelessâ€ event was co-chaired by Fernanda brady and Alissa sagud. Awards were presented to defenders and survivors, including Shyima Room and Nicole strattman. The professors and assistant coaches of the Orangewood Foundation and Vanguard were also recognized. Ruthi Hanchett, with a Vanguard student Alexandra Niebaum.

Americans were moved to tears by the tragic events of the last days of the US engagement in Afghanistan which claimed the lives of 13 US servicemen at Kabul airport during the evacuation. In Newport Beach, citizens Nick nagel, Emily ziebell and Anna ziebell were motivated to organize a â€œPaddle for Patriotsâ€ fundraising ceremony to benefit the families of lost military personnel.

At noon on September 11, 35 local citizens organized by Nagel and the Ziebells launched paddleboards and kayaks donated by the Balboa Bay Club, Newport Aquatic Center and Newport Board Club. Paddlers included Tom casey, put on and Leigh bassler, Matt claybough, Excited and Ellen phelan, among others, entering Newport Bay off the docks of the Balboa Bay Club and traveling west, ending at Billy’s at the Beach restaurant on the bay off the Coast Highway. Then the entourage returned to the Balboa Bay Club.

Nagel, a first lieutenant in the United States Army, paid a moving tribute to the 13 people lost at Kabul airport as well as to the victims of September 11 on the occasion of his 20th anniversary.

In a final optimistic post on the first Saturday in October, the Daily Pilot sends big hugs to the resident of Huntington Beach Dottie lewis, which celebrated its 100th anniversary on September 25. Born in Peoria, Illinois, Dottie came to California in 1942 during the difficult years of World War II. She married Glen Lewis and they shared a 64-year marriage.

In 1973, the Lewis family moved to Balboa Island and Dottie went to work at the opening of Beach Time Realty in 1977; Has been operating his well-known business for 30 years, retiring in 2016 at the age of 95. On her 100th birthday Dottie was surrounded by her two children and their spouses, three grandchildren and their spouses, six great-grandchildren, her sister and extended family and friends.

This is called a life well lived.