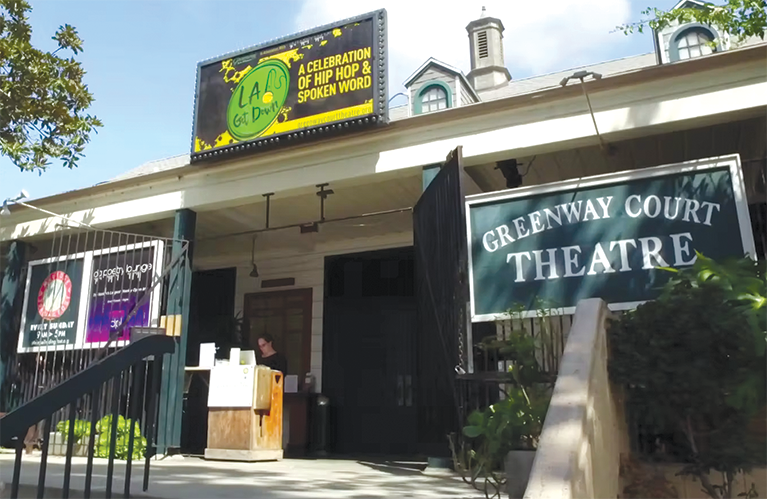 Poets descend at the annual festival

The festival opens with “Say It Loud: The Black Poets of World Stage Press” on April 8 from 8-11 p.m. Hosted by Hiram Sims, the evening will pay tribute to some of Los Angeles’ top black poets, as published by World Stage Press. .

The festival continues on April 9 at 2 p.m. with the “Release & Let Go: Intro to Creating a Solo Show” workshop, led by Juliette Jeffers. Participants will learn the art of creating a solo exhibition, including content and structure. Jeffers will also share his process and guide students through the journey of being a successful solo artist.

Additional programs and events include “The Gold Standard-AAPI Community: Music & Words,” hosted by Arianna Lady Basco on April 9 at 8 p.m., and “Red Thread-Birthing a New World,” conducted by Fei Hernandez on April 22 at 8 p.m. “Ekphrasticically Speaking,” a workshop led by Ed Mabrey on April 23 at 2 p.m., followed by LAGD Playwright Circle at 8 p.m., featuring “Bern’s Echo,” a new work by Basco, and “Bitter. Sweet”., by Tahirih Moeller.

On April 24, Mabrey will lead a workshop called “Let’s Get Your Book Out” at 2:00 p.m., and Alyesha Wise and Matthew Cuban Hernandez will host “MTP Youth Day,” also at 2:00 p.m., featuring the up-and-coming youth of Los Poets d ‘Angeles.

“Women & Femme Night” will be hosted by Yesika Salgado and Jasmine Williams on April 26 at 8 p.m., and “Fab Film Night” will be on April 29 at 8 p.m. The festival will end with the “Head to Head Slam Competition” organized by Pages Matam on April 30 at 2 p.m. Eight poets from across the country compete in a three-round head-to-head slam contest, and the top two winners will receive cash prizes.