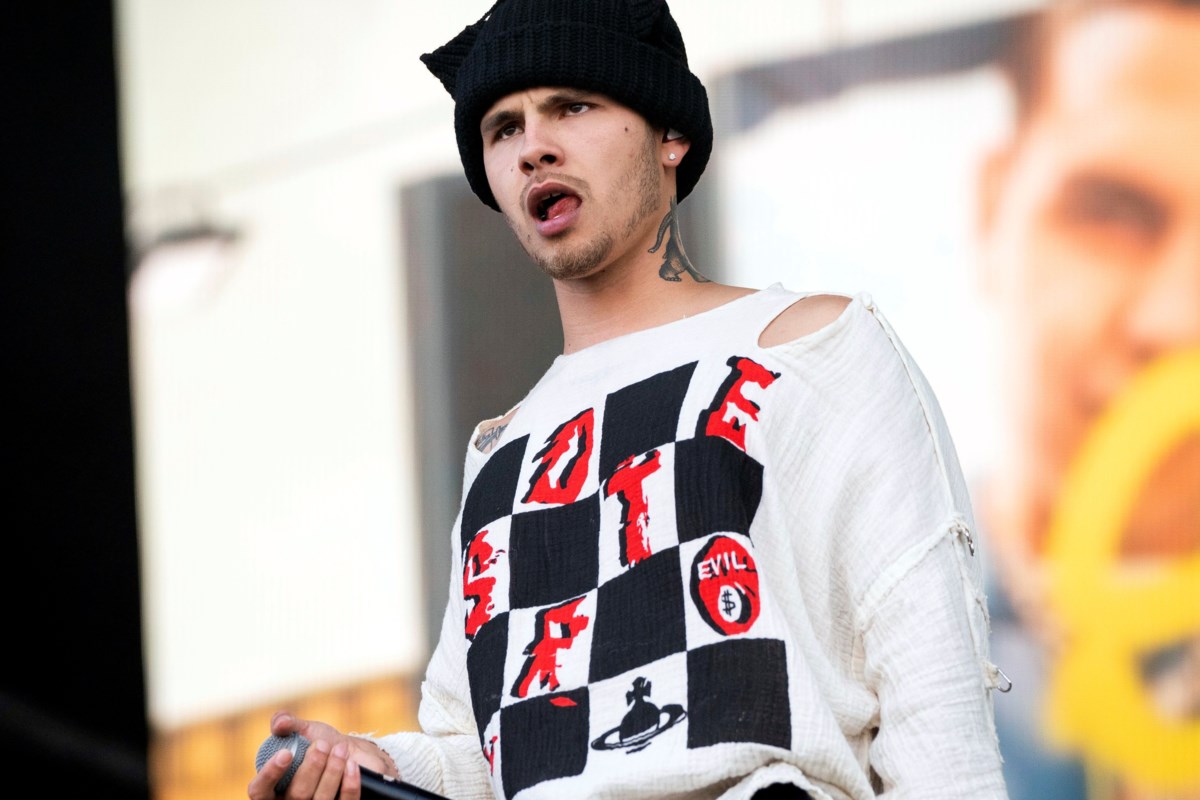 Organizers of Montreal’s Osheaga music festival are apologizing after a British rapper performed while wearing a swastika t-shirt.

Organizers of Montreal’s Osheaga music festival are apologizing after a British rapper performed while wearing a swastika t-shirt.

The festival says Slowthai’s fashion choice on Saturday “confused” some festival-goers who may not have understood he was “denouncing the regime”.

The issue arose after photos and videos emerged online of the 27-year-old rapper, born Tyron Frampton, performing in Osheaga in a shirt featuring the word “destroy” above a swastika.

A number of Jewish groups responded to the images circulating, including US-based Stop Antisemitism, which called it “atrocious” and questioned why Osheaga staff failed to ensure that that Frampton be “removed from the scene immediately”.

The design is a variation of “Destroy”, a controversial look created in the 1970s by fashion artist and activist Vivienne Westwood in collaboration with visual artist Malcolm McLaren.

On it, a pink swastika appears in a red circle with an inverted image of Jesus on the cross resting on it. An upside-down Queen Elizabeth postage stamp is tucked into the corner.

A statement released by Frampton apologized to “anyone who is offended by my wearing an anti-racist/anti-regime t-shirt and the use of the symbol it represents”.

“I want you to know that I stand firmly against anti-Semitism and racism of any kind, something the T-shirt was meant to illustrate with the word ‘destroy’ above the symbol,” he said. added.

The Center for Israel and Jewish Affairs urged Frampton to consider that the intent to call out fascism is lost if “it is viewed entirely differently by those who see it.”

“Nazi imagery is not a fashion statement,” the organization added.

“It should not be used as a stunt to attract attention or as a vehicle for publicity.”

Osheaga added in her statement, “We sincerely apologize to anyone who misinterpreted this message and felt hurt.”

This report from The Canadian Press was first published on August 2, 2022.