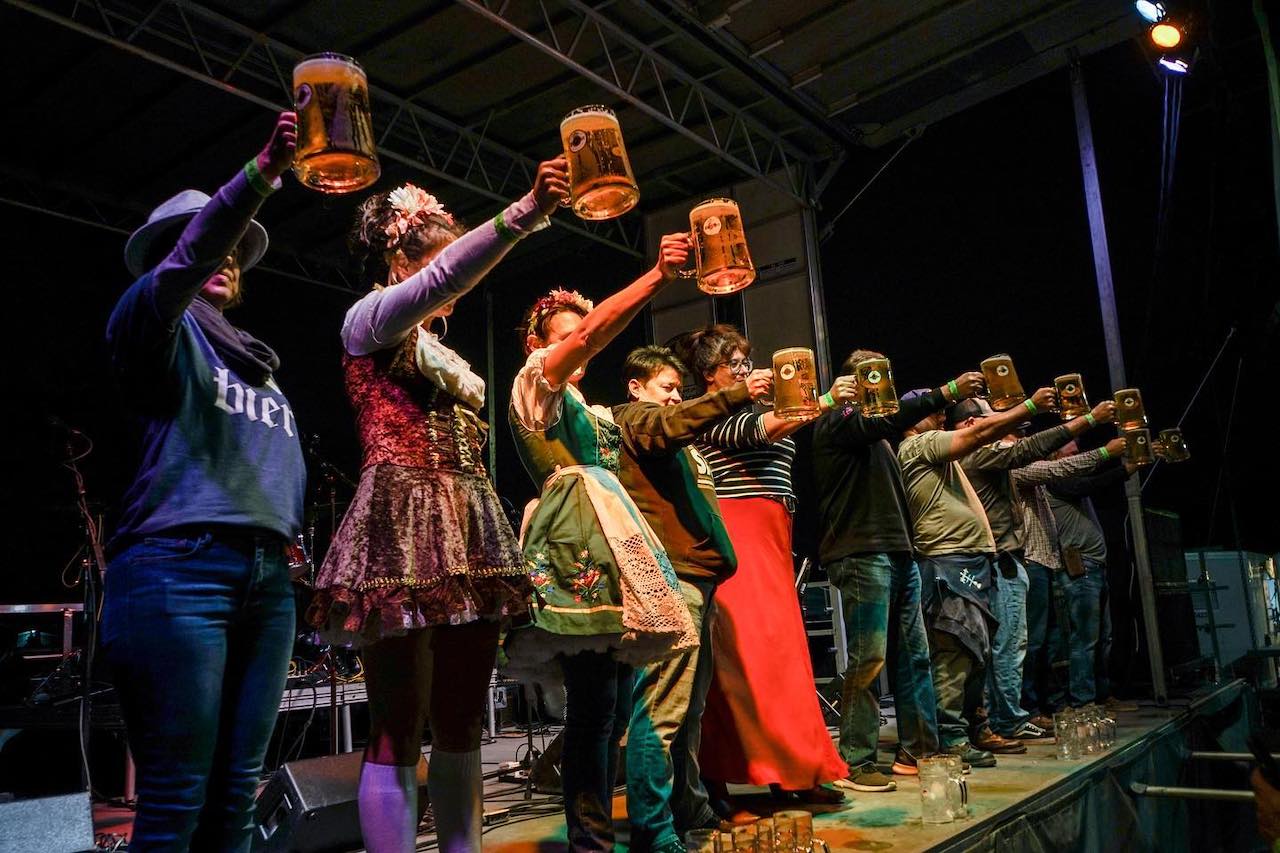 Much more than an annual festival

When the calendar turns to October, it reminds many people of the eponymous German cultural festival. Music, dancing, hearty food and, of course, flowing beer, all amid cooler autumn weather, make Oktoberfest a popular stop on the local festival calendar.

Of all the local versions, Oktoberfest at Deutsches Haus, the German cultural center on Bayou St. John, is by far the biggest. In its still new location, the Haus welcomes thousands of local celebrants, whether German or simply German for a day.

What many people don’t realize is how many other activities take place at the Haus throughout the year. Open to the public during normal business hours and with a welcoming membership policy, the establishment hosts everything from lectures and concerts, film and trivial parties, German lessons and a choir. There’s even a walking club that takes weekly walks through the Bayou and into City Park.

Underlying all events and activities is an emphasis on raising awareness of German history and culture in southeast Louisiana.

“The German coast dates back three hundred years,” Oldendorf noted. “There are examples of German architecture throughout the city, especially in the warehouse district.”

As with many other local immigrant populations, many of the first Germans to arrive in the area were sailors. Within the city, this led to the establishment of a German enclave near the river; Oldendorf pointed out that at one time “there were a lot of Germans like Irish in the Channel of Ireland”.

As the population settled, many German-owned businesses sprung up. Although these cover many sectors, it is interesting to observe that funeral homes have become something of a specialty, notably the Bultman and Schoen operations.

The visibility of different cultures comes and goes throughout the history of the city, and at the end of the 20e century, awareness of local German culture and contributions had receded considerably. Of all things, the 1984 World’s Fair catalyzed a great revival.

“After the World’s Fair, there was suddenly a lot of interest,” Oldendorf recalls. “People went to the German Beer Garden at the Fair, and they wanted to continue to experience that fun, festive air. The fair also stimulated interest in things German, especially German history in New Orleans.

At that time, Deutsches Haus was located on Galvez Street, in a property that was later demolished for the sprawling medical centers. And Oktoberfest was actually second in popularity to Volksfest, a springtime celebration that drew more visitors to the establishment.

“The Oktoberfest at that time was mainly an event for Haus members,” Oldendorf recalls.

While Deutsches Haus continues to hold Volksfest and seeks to restore interest in it – perhaps with a greater emphasis on German wines as a way to set it apart – Oktoberfest is by far the most popular event. visible and most popular. This year, it will be celebrated on Fridays and Saturdays of the first three weekends of October. Admission is ten dollars at the door, and everything is cash only.

In addition to German food, beer, spirits, music and related festivities, Oktoberfest includes a 5K run, a Schnauzer Strut dog parade and the Masskrugstemmen, the everyday background of holding the mug of beer. More information can be found at www.deutscheshaus.org. As always, keep an eye out for the giant chicken.

Deutsches Haus’ current location, on Moss Street between Esplanade and Desaix on Bayou St. John, represents a homecoming for the nonprofit organization. After being evicted from the property on Rue Galvez, the Haus existed in a rented facility in Metairie and Oktoberfest was held in Kenner.

The club was able to acquire the current location from Louisiana State and built the new Haus just in time to coincide with its 90e anniversary in 2018. Now, whether hosting festivals, the many organizations that rent out the space for their events, or simply members and guests on a sunny fall evening, the cafe in open air shaded by oak trees and the spacious interior are ideal environments to continue this celebration of, and education about, the longstanding German presence in our region.

As Oldendorf said, “If you like German culture, German food, German beer, you belong here!”

Why Attendees At This Fiji Music Festival Are Leaving The Island With ‘Feelings They Can’t Quite Expressing’ – EDM.com