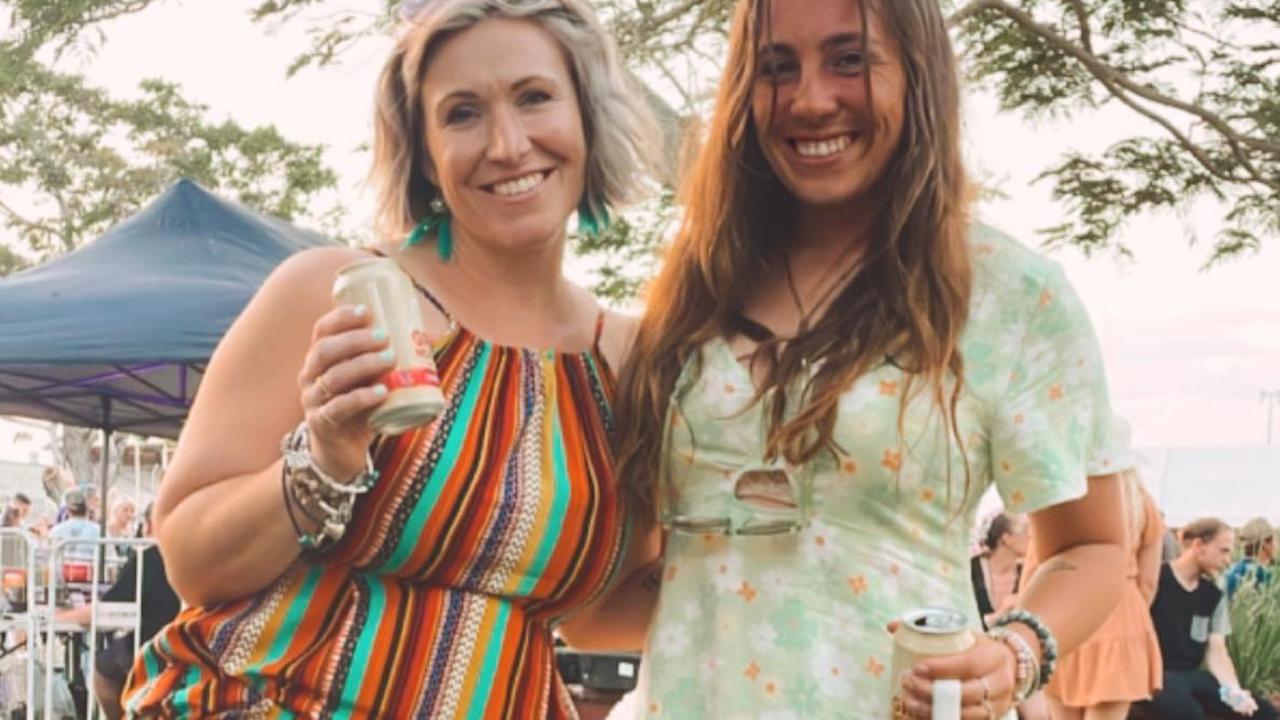 A woman fears she suffered permanent eye damage after being assaulted by another woman ‘looking for a fight’ at a music festival in central Queensland.

Riqui Vines, a student at Central Queensland University, said she was punched in the face by a young woman while attending the Lost and Found Music Festival at Rockhampton Showgrounds on Saturday October 15.

The 26-year-old was knocked unconscious, left with swelling in her face and a serious eye injury after hitting her alleged attacker.

“I went to the concert with my aunt; we went dancing in the mosh pit around 6:30 p.m. and gradually made our way to the front of the mosh,” Ms. Vines said.

“Two young girls warned me that this girl (the alleged attacker) was aggressive towards them, but I was having too much fun to take that into account.

“The crowd was pushing and shoving, which is normal in the mosh pit, and I got pushed into her and she punched me in the lip and broke my lip.

“I immediately hit her back in defense and then told her to calm down because we were all here to have fun and we don’t want to get fired,” she said.

Ms Vines thought the confrontation was over, as the other woman seemed to calm down and everyone continued dancing, but things got worse as Australian rapper Masked Wolf took the stage, with a large number of people entering into the mosh pit and push forward.

“I was pushed into this girl and out of the blue she just nudged me in the eye,” Ms Vines said.

“I fell back into other people and it was all giddy from there; she gave me a concussion, I didn’t know what happened.

“I was trying to get up because it looked like she was going to come back to me, but I couldn’t stand up.

“My aunt saw her go towards me and grabbed her and she hit my aunt in the forehead and then my aunt put her on the ground and she crawled out of the mosh pit,” she said.

“I couldn’t walk, I could barely move, my eyes were rolling in my head and I was fainting and losing consciousness,” Ms Vines recalled.

“I ended up being taken to Rockhampton Hospital in an ambulance and they brought me in. It was very busy, I could barely walk and it made no sense.

“The waiting room was packed and it had been about two hours since I had been beaten and I remember all the pain starting to hit me. I was in agony and crying in the waiting room .

Ms Vines was rushed to Capricorn Coast Hospital for pain relief and emergency treatment by her mother, who drove her from Yeppoon.

“I have a concussion and also need to see an optometrist as I have blurred vision in the injured eye, but if there is permanent damage we will know once the swelling goes down,” said Ms. Vines.

“My face is quite swollen, my eye is starting to open, it was giving me headaches not being able to open my eye. I have blood in all the whites of my eyes.

“We were having so much fun, we were dancing with other girls I befriended in the mosh pit and we bumped into each other, that’s exactly what happens at festivals,” she said. declared.

Ms Vines said she was just trying to have a good time and had ‘never been in a fight before, never even seen a fight at a festival before’.

“It’s not usually the type of festival I attend; I prefer Australian and indie rock bands; the only reason we went was that my aunt had free tickets.

“I’ve been to many festivals before and if people were too harsh in the crowd, they always stop the show and ask people to calm down, but no one stopped it.

“It was too chaotic, too aggressive and even though there was security there, it felt like the festival-goers had to fend for themselves in the crowd.”

Ms Vines was told the alleged attacker had been arrested, but when she went to the police station the following day to give her statement, her description of her alleged attacker did not match the person they had arrested .

Ms Vines has appealed on Facebook asking for help in identifying her alleged attacker from a photo taken at the festival. She received “more than 40 messages”.

“Most people said she was known for this kind of behavior, so I took the new information to the police station,” Ms Vines confirmed.

“I would like to see her behind bars. It was a completely unprovoked attack and I never had a chance to defend myself,” Ms Vines explained.

Police investigations are ongoing, but Queensland Police have not charged anyone in the incident.

NCA NewsWire has contacted the organizers of the Lost and Found Music Festival.