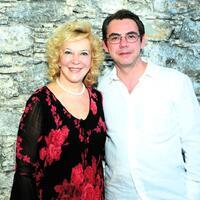 Organized by the Bodrum Classical Music Association, the Gümüşlük International Music Festival will once again present a full program for music lovers for its 19th edition, starting July 18.

The festival revolves each year around three concepts that will bring the public together around the concepts In Water, On Sand and In Stone. As in previous years, the festival will meet art lovers with two concerts at the Zefirya Cultural Center in Bitez this year as well.

The theatrical show “Under the castle” will meet the public in the old stone quarry this year. The play, which played to full houses in Istanbul for four years, was highly praised by critics.

Another interesting show of the festival will be a Dutch circus show with the support of the Dutch Embassy and Consulate General in Istanbul. The circus performance “A Grasshopper’s Dream” will take place on August 28 at the festival center on the coast of Gümüşlük.

The 19th Gümüşlük International Music Festival will end with a concert that will take place in the old stone quarry on September 14. Pianist Onay will participate in the concert as a soloist, with the Bilkent Youth Symphony Orchestra under the direction of conductor Işın Metin.

In September, “Green Life Gümüşlük” events will also take place within the framework of the festival. There will be workshops, conferences and round tables for children in the program of the event.

This year again, the Gümüşlük Festival Academy (GFA) will open its doors to talented young musicians. GFA, which has educated approximately 1,200 domestic and overseas students to date, also provides scholarship opportunities for students or connects them with supporters. This year, a masterclass program will take place at the GFA for young pianists between July 7 and 10.

The second Piano Masterclass will take place from July 26 to August 6.

The young talents participating in the GFA will give two concerts on July 22 and August 6.

Hungarian musician Antal Zalai and French artist Ophélie Gaillard will also give a cello Masterclass, from August 16 to 20.