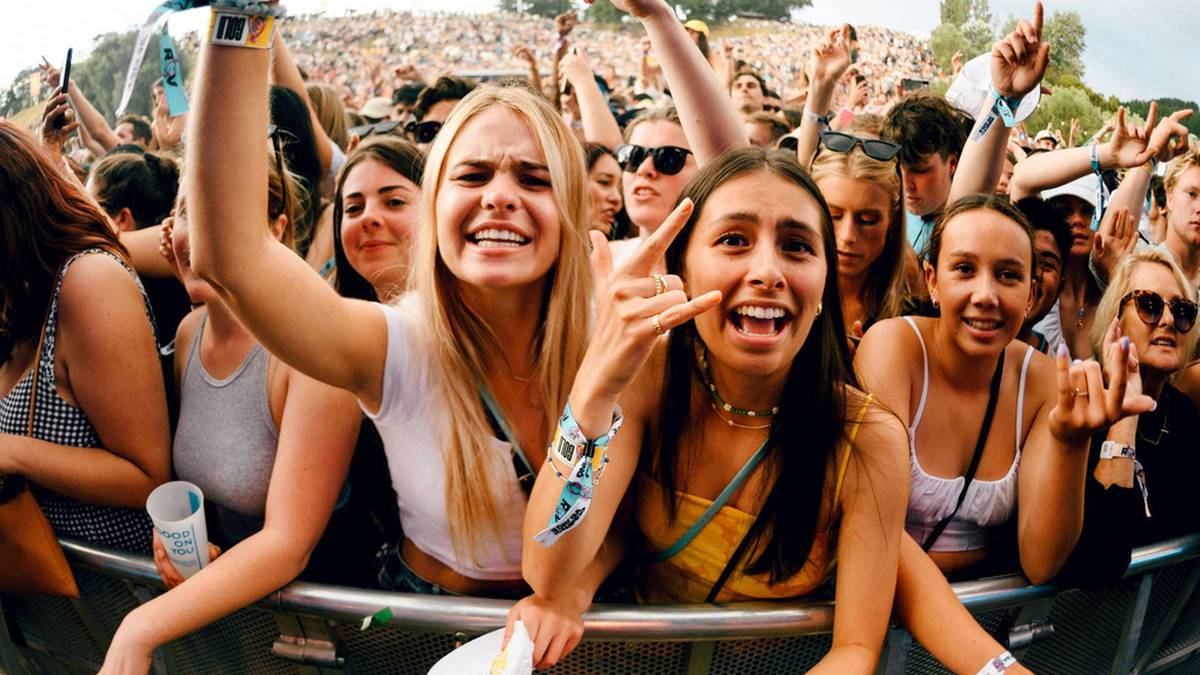 At the front row of Rhythm and Vines in December 2020. Organizers hope this year’s event can take place. Photo / Supplied

Tens of thousands of music lovers will cross their fingers this summer. Rhythm & Vines can take place in an area of â€‹â€‹Gisborne which is one of the least vaccinated areas in the country.

About 23,000 people attended the music festival at the Waiohika Estate in Gisborne each day between December 28 and January 1 this past summer.

Yet this morning it was suggested that the popular festival would not take place unless the TairÄwhiti DHB in Gisborne – the region where the event takes place – has 90% of its eligible residents doubly vaccinated with the vaccine. Pfizer Covid.

So far, only 65% â€‹â€‹of eligible DHB residents have had both jabs. About 80 percent have had their first jab.

Co-founder Hamish Pinkham took to Newstalk ZB radio station this afternoon to make it clear that his team was ready to leave this summer, but are waiting for the government.

“We were waiting for clarity, but we still don’t see it.”

“We understand it will come, we just hope it doesn’t come too late.”

Her comments come as East Coast MP Kiritapu Allan said this morning that festival organizers told her they were waiting for the region to hit the 90% double vaccination mark.

But Pinkham said the organizers are simply guided by officials and the government will decide whether events can take place.

“We do not define public health policy,” he said.

The government said earlier that it would only switch to its new traffic light system to handle Covid once each region of the country’s district health board has 90% of eligible residents doubly vaccinated against Covid.

The traffic light system will allow events to take place, provided that the organizers use vaccination certificates to ensure that only double-vaccinated festival-goers are present.

Pinkham said the government told him a decision would be made in late November.

â€œAt the end of the month, when things are considered in the light of the current day, we will all be in a better position to see if we can safely assemble in places like Gisborne for New Years Eve,â€ he said. -he declares.

He said he was happy to wait a month if necessary, but urged the government to act quickly.

If he waited until mid-December to give a direction, the festival could switch.

â€œWe can’t just plug in the keys in mid-December and expect things to show up on our side,â€ he said.

“We need clarity, we cannot continue to be dragged from week to week and expect summer to magically appear.”

He also remained hopeful that even if the 90% vaccination mark was not reached, events could still unfold.

â€œThe government has alluded to saving the summer, they say we will have our road trips and our concerts,â€ he said.

â€œWe’ve earned it and anyone with an R&V ticket will be ready for a cold beer and a group hug and the chance to bask in the Gisborne sun on New Years Eve,â€ he said.

When asked if Rhythm & Vines fans should keep their tickets, Pinkham replied that they certainly should.

“We want summer to happen, we’re definitely not giving up yet. Get vaccinated and save the summer and congratulate us on all the hard work we’ve done in the past few months.”