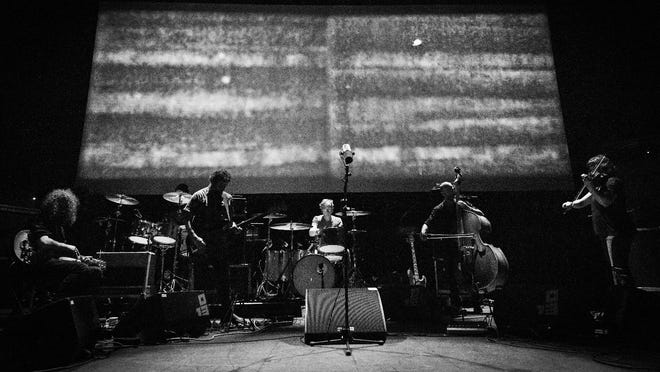 Columbia’s major music festivals continue to find new ways to carry their names. The Roots N Blues Festival, held earlier this monthconnects the dots from his current acts to the blues – and shows how all music is someone’s original music.

Likewise, the Columbia Experimental Music Festival, with events spanning the first week of November, recognizes and honors the risks inherent in making any truly original work of art. This allows the festival, presented by local art and music collective Dismal Niche, to feature artists from all genres: folk, hip-hop, rock, neo-classical and more.

The showcases for this year’s lineup extend across its slate — and within each artist’s own body of work. Here’s a quick rundown of this year’s featured artists.

Style: Often assigned to the “post-rock” genre, this pioneering Canadian group creates instrumental pieces of great musicality and atmosphere. These songs rage and thrash, shifting and changing shape over their duration, evoking any number of emotions that listeners might need to unleash.

Notable work: The band’s 2012 album “‘Allelujah! Don’t Bend! Ascend!” won the prestigious Polaris Music Prize the following year; in its five-star review of 2000’s “Lift Your Skinny Fists Like Antennas to Heaven”, AllMusic considered the album “a godsend for any fan of ambient pop, orchestral rock, space rock, or simply lush string arrangements who understand how much love, melancholy and frustration can be powerful.”

Style: The pianist-composer performs what he calls “continuous music”, in which “individual rhythmic lines and cells…bubbling, undulating and gradually expanding into vast interconnected frames”, his Erased bands label notes. Melnyk’s music weaves together a minimalist approach, the influence of Ukrainian folk music and other traditions from around the world, the label adds.

Notable work: Both recent and significant, 2018’s album “Fallen Trees” reflects his lifelong interest in nature, with the title coming from an observation made while passing a forest in train, Erased Tapes said.

“They were gorgeous,” he told the label. “Even though they had been killed, they weren’t dead. There was something sad about that, but also hopeful.”

Just: Nashville through the Midwest

Style: Performing under a variety of names (the most notable being his old moniker of Milo) and in eclectic settings, Ferreira carefully blends jazz flourishes and minimalist leanings with his hip-hop aesthetic. “He has been a rigorous technician since his first outings, but as Ferreira he is more a free spirit than a showman”, Stephen Kearse of Pitchfork wrote in 2020.

Notable work: In addition to recordings under his name(s), Ferreira has collaborated with Open Mike Eagle, Armand Hammer, Anderson .Paak and many others. Recording under the name of Milo, his 2017 album “who told you to think?​!​!​?​!​?​!​?​!” made Pitchfork’s top hip-hop list that year.

“The album is a seemingly endless maze of digressions, asides and reflections, philosophical in nature but practically craftsmanship. But make no mistake: every sentence has a purpose; no word is out of place. .” the magazine noted.

Appears: 8 p.m. on November 4 at the Rose Music Hall

Style: Quietly moving and ever growing towards a source of musical light, the guitarist-composer’s work finds the perfect middle ground between minimalist and cinematic approaches. With time spent in country, jazz and even circus ensembles, Anderson’s music takes these layers of experience and concentrates them into a narrative instrumental sound.

Notable work: Anderson recorded with artists like William Tyler and Jim White; his latest, “Still, Here” from this year, sounds a nice push-and-pull.

Appears: 2 p.m. Nov. 6 at the Columbia Public Library; with North Carolina duo MANAS in support of Godspeed You! Black Emperor later that night at the Blue Note

Style: Chiu, a multi-instrumentalist specializing in keyboards and synthesizers, and violinist/violist Honer each possess a wide range of work; they pool their talents in the service of music that crosses the boundaries of ambient, folk and neo-classical.

Notable work: This year “Records from the Åland Islands” stems from a trip the duo took to islands between Sweden and Finland. Fascinated by the peculiar beauties of light and dark – “The sun does not set in summer (and hardly rises in winter)”, notes the album’s Bandcamp page – as well as flora and fauna , Chiu and Horner composed and recorded their response. The resulting album shimmers, existing as a deeply naturalistic document and a musical portrait of tranquility.

Style: The East Coast duo of Maassai and Jwords create a form of burrowing hip-hop; the pair are still tunneling, tunneling in deep, dark sound – and in Maassai’s lyrics, which touch multiple circles of relationship and connection. “Jwords’ beats are like a fusion of dirty New York hip-hop, house and New Jersey club music; they’re not the easiest instrumentals to rap on, but Maassai isn’t intimidated,” Alphonse Pierre from Pitchfork wrote in 2020.

Notable work: The pair’s 2020 offering “ve​ loc​ ​i​ ​ty” both establishes a distinct style and keeps listeners on their toes, ready to respond to Maassai’s every turn of phrase and every tower tower of Jwords. The dial.

Appears: 8 p.m. on November 4 at the Rose Music Hall

November 3: A program of experimental short films will be screened at 8:30 p.m. at the Ragtag Cinema, interspersed with performances by Oxherding and Haii Usagi

November 5: Screening of the documentary “Black Artists Group: Creation Equals Movement” at 3 p.m. at Fretboard Coffee; and a festival afterparty with Tri-County Liquidators, Blights and Rifle Cult at PDM.

For a full schedule, a range of ticket options and more, visit https://cargocollective.com/dismalniche/2022-CEMF.