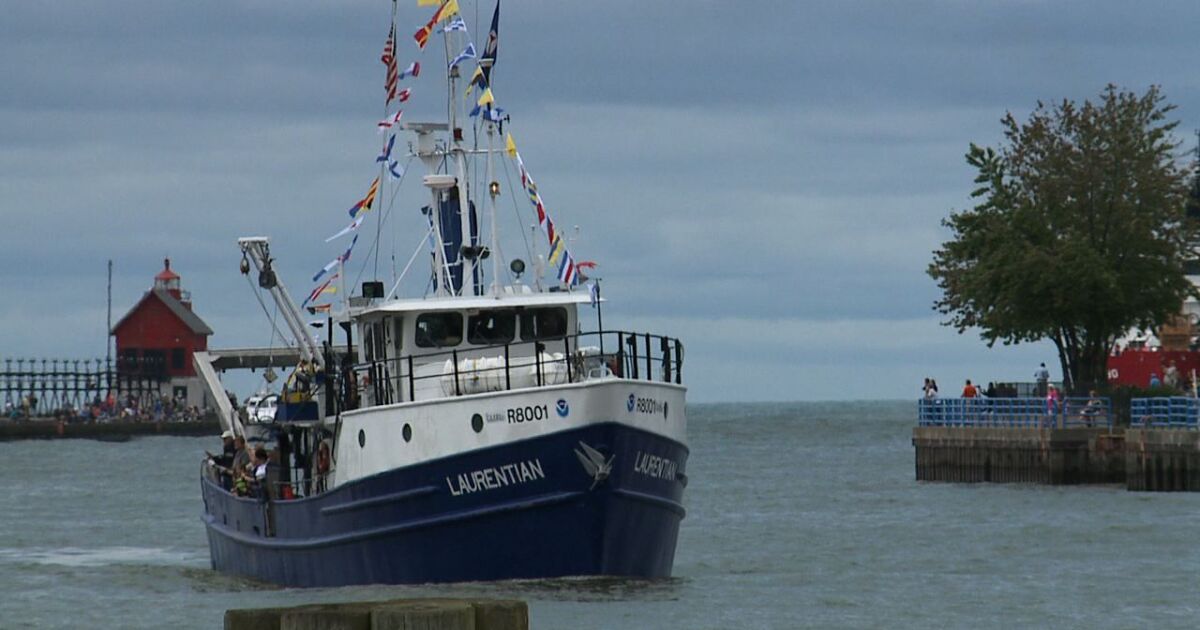 GRAND HAVEN, Michigan – If you’re visiting the coastal town of Grand Haven, the word Coastie may come up in conversation, but its meaning may be different than you think.

“We have our own Coast Guard station here, so we see these men and women working every day to keep these waters safe,” said Annie Lengkeek, director of marketing for Coast Guard Grand Haven.

The presence of Coastie played a big part in the formation of this seaside town called Coast Guard City USA and the community showed great pride in its history.

During World War II, the Coast Guard Cutter Escanaba, based in Grand Haven, was called to war.

WATCH: The History of the Coast Guard Festival

The ship however sank following a huge explosion in the Atlantic.

The loss was felt throughout the Grand Haven community, but residents came forward and raised over a million dollars and replaced the Escanaba with the Escanaba Two.

Now, the Coast Guard Festival takes place to help continue the town’s tradition of honoring the men and women who keep the Great Lakes safe.

“It started in 1924 with a friendly competition between the Coast Guard where there were boats and a little parade,” Lengkeek said.

Now Coast Guard Festival helps to honor both this history and the current presence of the Coast Guard in Grand Haven.

The festival started on Friday July 29 and continues until Sunday August 7. Events such as parades, concerts, carnival and lots of shows are all part of the fun.

See the full program and how to get tickets for select events on the Grand Haven Coast Guard Festival website.