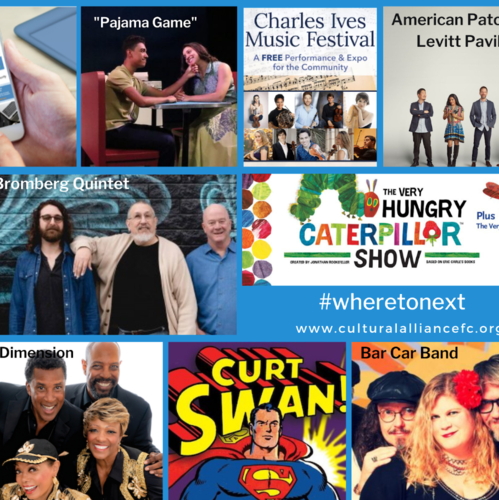 Charles Ives Music Festival at Ridgefield Playhouse, Songs at Ridgefield Library, Poetry at The Aldrich and Athena and Hysterical by Thrown Stone!

If you listened to bluegrass, folk, country or rock music in the 1970s, it was hard to miss Bromberg’s songs. He is the godfather of Americana, a decorated multi-instrumentalist and singer-songwriter, and “an icon of American music”. After fifty years, David has evolved, but he is always in search, always in creation, always vital and always humble.

This is Charles Ives Music Festival Summer 2022’s gift to the community – a free concert and community exhibit presented by People’s United Bank. The exhibition will take place from 12 p.m. to 2 p.m. and the concert from 2 p.m. to 4 p.m. “Simple Gifts” evokes the rich diversity of styles within American concert music. Performances will feature works by John Williams, Wynton Marsalis, Paul Frucht, Jared Miller, Chris Cerrone and more!