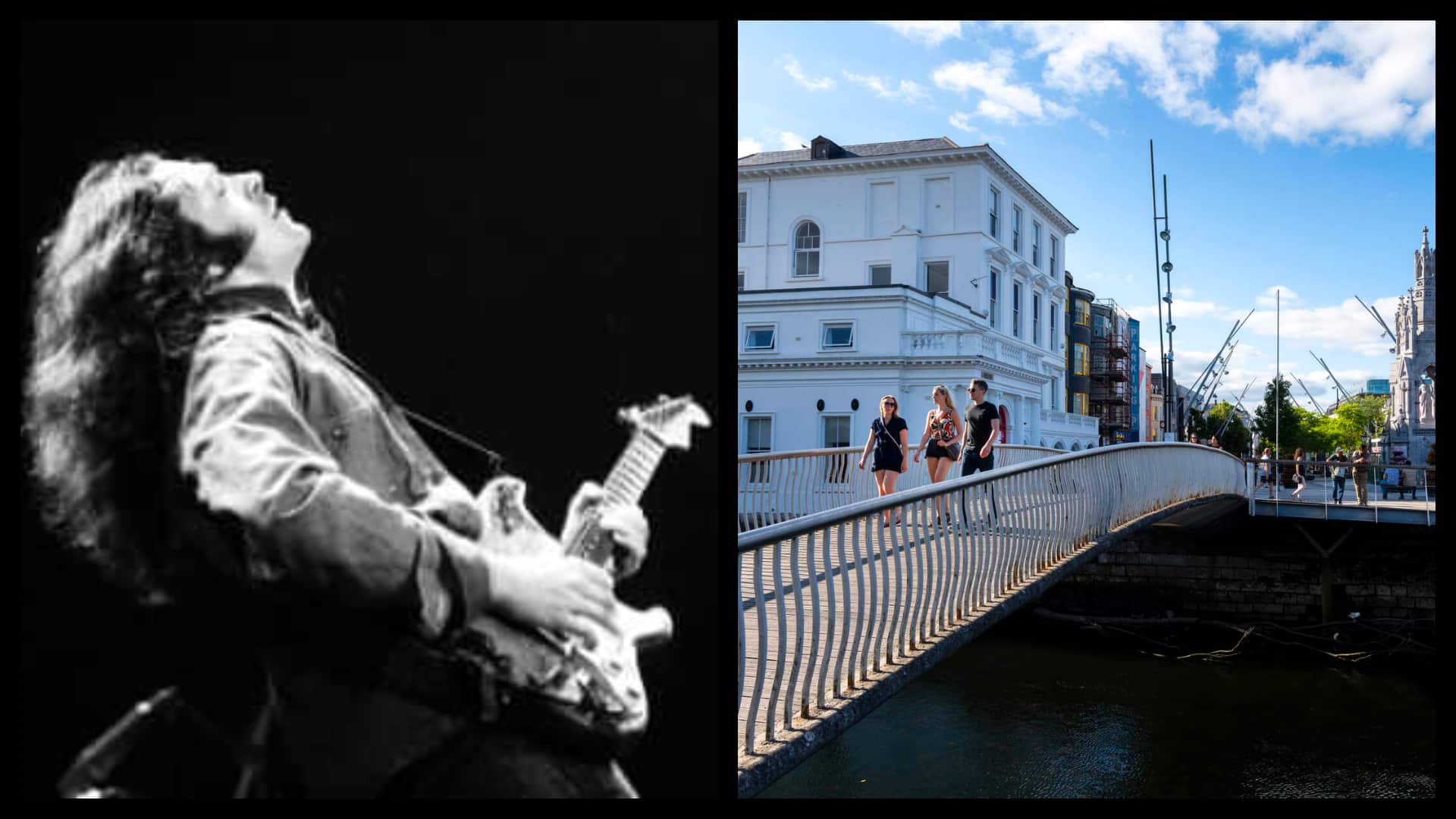 The guitarist was born and raised in Ballyshannon, County Donegal, before moving to Cork with his mother and brother.

Cork City is set to host an annual Rory Gallagher Music Festival in honor of one of the most famous musicians to ever hail from the Rebel County.

In an effort to energize the local music scene, Cork City Council has given the green light to the music festival project.

The festival is sure to be a hit not only with locals, but will also see music fans traveling from afar to the southwest of Ireland.

Rory Gallagher was an Irish blues and rock guitarist, singer and songwriter.

Known as both a solo guitarist and a member of the band Taste, Gallagher’s albums have sold over 30 million copies worldwide.

However, before hitting the jackpot, Gallagher grew up along the west coast of Ireland. Born in Ballyshannon, County Donegal, in 1948, the guitarist later moved to Cork with his mother and brother.

The Rory Gallagher Music Festival will pay homage to one of Ireland’s greatest and celebrate the current talents of Cork’s music scene.

Councilor Shane O’Callaghan revealed he was “delighted” that the festival was given the green light.

He said: “Such a festival will help the local hotel industry by attracting music lovers to Cork”. He continued, “[it would] recognize Rory Gallagher’s enormous contribution to Cork and to music.

With the green light given for the very first Rory Gallagher Music Festival in Cork, music lovers are flocking to the city.

We’re not sure yet what to expect from the proposed festival, but we can’t wait to see what happens.

The response read, “The Arts Office will be happy to work with any group or organization that wishes to develop an arts festival around the music of Rory Gallagher.

“SED management will engage with businesses in the Huguenot neighborhood to explore the possibility of hosting a Rory Gallagher music event at Rory Gallagher Place.”

An illustrious career – one of Ireland’s most successful musicians

With an impressive career spanning over 30 years, Rory Gallagher was one of the world’s most renowned guitarists.

Today, he entered rock history; fans still sing hits like “A Million Miles Away” and “Bad Penny” to this day.

What do you think of the proposal for a Rory Gallagher Music Festival in Cork? Are you going to buy tickets? Let us know in the comments!

FREE EVENT! St. Mary’s College of Maryland Jazzed Up for the Mulberry Music…