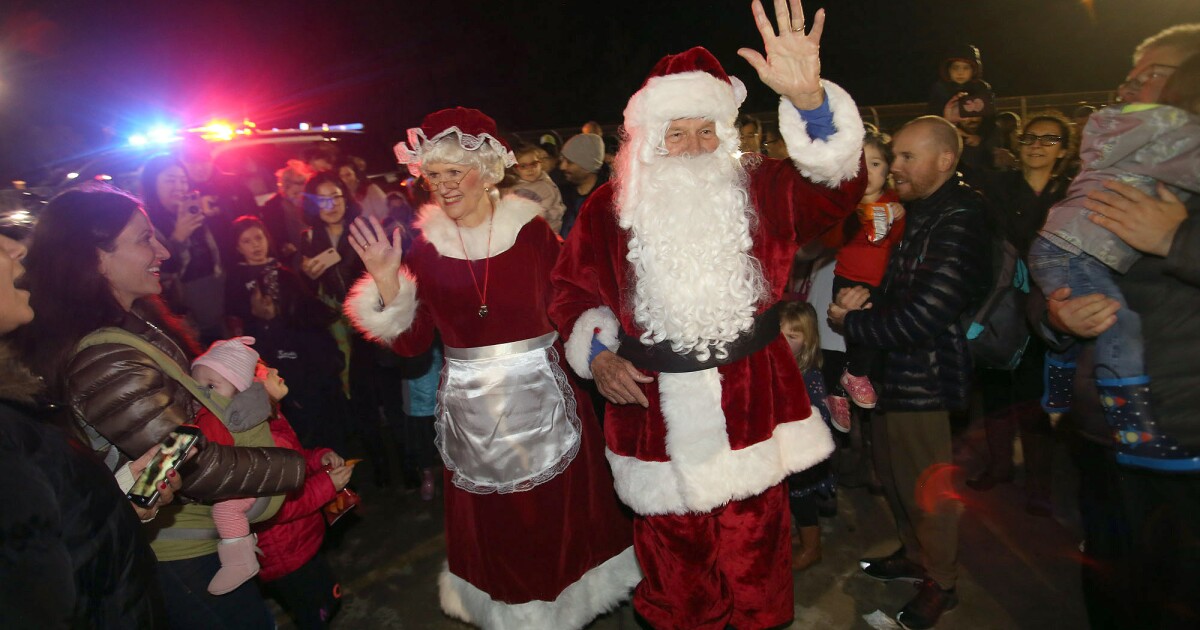 The afternoon rain on Friday didn’t chill the spirits at La CaÃ±ada Memorial Park, when kids aged 1 to 92 kicked off the holiday season at the Festival in Lights and enjoyed all the charms that small town life has to offer.

“I think it’s a good turnout,” said La CaÃ±ada Mayor Len Pieroni, among the hundreds of people present despite the residual humidity. â€œIt’s the start of the vacation – it’s part of what makes La CaÃ±ada so special. “

Then came the time for the big announcement.

â€œWhen you try something new – and you put yourself in a situation that can make you a little nervous and uncomfortable, but know that it will help you grow – you should be celebrated,â€ Markgraff told the crowd. “Here is a group of young women who tried something new and who spoke well and were courageous.”

Finalists include Audrey Melillo, Ally Rayer, Ellaney Matarese and Reese Ramseyer, juniors from La CaÃ±ada High School, as well as Grace Fontes from Mayfield High School. Miss CFL will be crowned in a ceremony at the 108th Chamber Installation, Awards and Coronation Gala on January 30.

Mom Ronda Ramseyer was delighted to hear her daughter’s name called. She explained how she and her husband John Allen had come to the festival with Reese and her younger sister Lauren for years.

â€œWhen they were little, we came for the snow. Then, in elementary school, they sang in the choir. Every year as she experienced, she saw the selection of the Royal Court, something that all little girls admire, â€she said. “I was just glad she wanted to do this.”

As night fell, the children claimed the main attraction. The arrival of Santa Claus and Mrs Noel via a sheriff and firefighter escort did not disappoint, as Santa flipped a switch to turn on the lights at Memorial Park and all along Foothill Boulevard.

Near the head of the Santa Claus line, Alice Kurs from La CaÃ±ada waited alongside her son Milo, 7, and daughter Isabella, 10, holding Romy, 3, in her arms. Festival in Lights has been a tradition since Romy was a baby.

â€œIt’s so special to be part of a small town where you go to a local park and meet Santa Claus – you feel like part of a community,â€ she said, joking as she sends photos of the snow pit to loved ones on the east coast.

As they waited, the children considered what they would ask for when the time came. Isabella opted for art supplies while her friend Claire Taylor from Glendale chose a new iPhone protector.

Milo wanted a magnetic building set and confirmed that Romy wanted an Elsa doll from the movie “Frozen”. Did they know that both Disney films were written and directed by residents of La CaÃ±ada?